Uh… I totally did not intend to have two of these in a row, but that’s just how it goes, I guess! 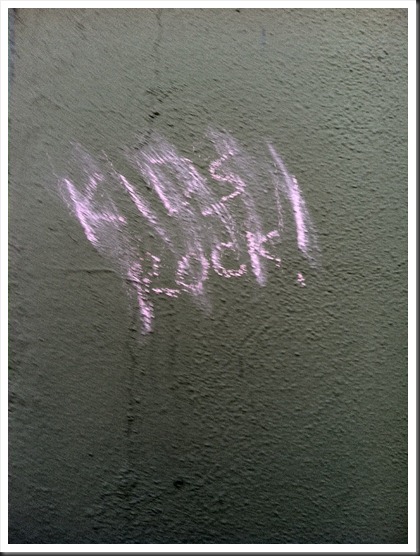 This was chalked on the wall outside a daycare. I’m not sure why someone tried to smudge it out.

I promise I will not have three of these in a row.

Elizabeth said we should have just called this link up thing "Sign Post." Get it? Sign Post? Like the word signpost? But it's on a blog, and not an actual post? Missed opportunity, in my opinion. But it's too late now! This is way too serious a business to be changing titles of link ups like that. No can do.

I like taking pictures of signs, so I have decided/been pressured into posting these pictures as a regular feature every Saturday. Maybe now I’ll actually update more often! If you feel like it, you can participate by posting your own sign and then adding it to the list at the bottom of this post. 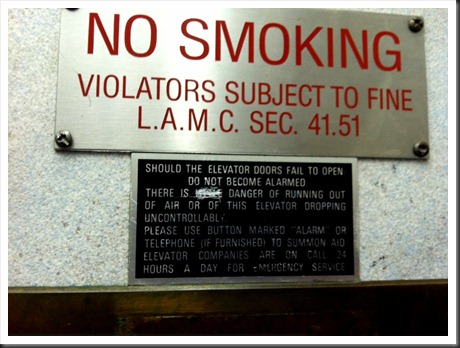 This is in my new building’s creepy elevator that doesn’t seem to care much about what floor you want to go to. The first time I went in there I pressed the button for the first floor and it took me to the third floor. Just for kicks.

Here’s this thing… I don’t really know what I’m doing so you can blame/thank Elizabeth accordingly.

I moved. FINALLY. For the month of August, I am living in a beautiful and NOT terrifying UCLA neighborhood. It looks like this: 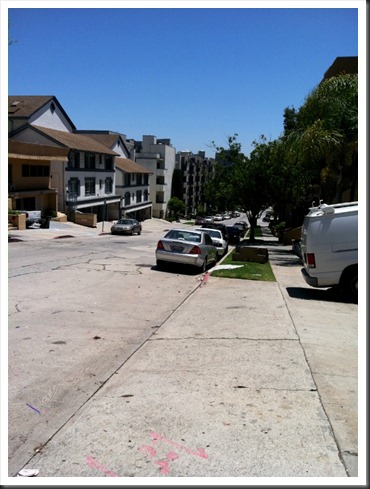 I’m sharing a room with someone this time, and I have two other roommates on the other side of the apartment (who are French, and talk loudly in French, and do French things like opening the window and taking the screen off so they can lean outside to smoke, also last night they broke a bottle of wine on the floor in the kitchen), but I infinitely prefer this environment overall. There are wood floors! THE BATHROOM IS CLEAN!

Look at this cheesy, cliché, and possibly pretentious decal on the wall! 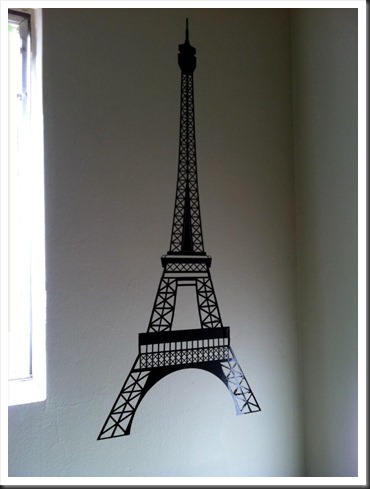 Look at this living room! WOOD FLOORS! Pretty vines on the building next door! This is practically paradise compared to the other place!

That picture also features our internet router. That router is one of two things I have not been enjoying about this apartment. It gets angry quite frequently. “You come over and open the window? I’m shutting off. Now you’re walking over to the table, moving the chairs around? Gonna shut off. Cooking something in the kitchen? When will you people learn not to do anything at all, ever, in the same room as me?” I’ve had to reset that devil router at least four times a day, and I’ve been here since Sunday. I know my internet went out that one time in the other apartment, but at least that was the provider’s fault and not the WiFi being pissy and temperamental.

The OTHER thing I hate about this apartment: 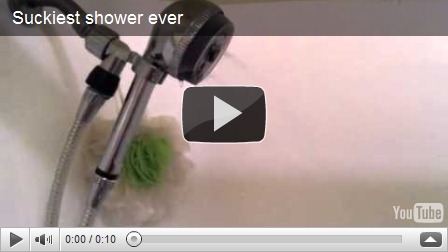 I might as well just go for a walk in the rain.

I can deal with the internet and the shower, though, because not only do I have my very own parking space in an actual garage three steps away from an elevator, I also live within walking distance of some pretty awesome places. One of those places is an In-N-Out, which may make some people excited. (I have heard you can order a grilled cheese sandwich there. I will be looking into that.)

I haven’t explored too much yet, but the one thing I have discovered has more or less changed my life (not really): Diddy Riese Cookies. 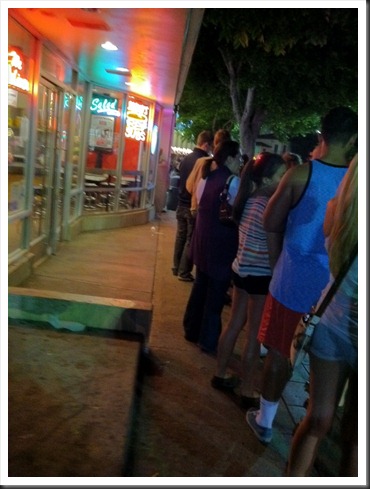 It was long. Moved pretty fast, though, and you could smell the freshly baked cookie smell wafting over you the whole time, so it wasn’t exactly torture.

These cookies are delicious, and fresh, and slightly crunchy around the edges and soft (but not too soft) in the middle. AND THEY ARE SO CHEAP. Six cookies costs $2. What do you have to say for yourself, Mrs. Fields?

I don’t know what it is about white chocolate chip cookies that I love so much. Maybe I was just excited because it’s rare to find them without macadamia nuts in them. Quite frankly, macadamia nuts are pointless. They taste like nothing. They aren’t even crunchy, so you can’t make the “but the texture!” argument. They are the dumbest kind of nut, and they need to be banned from cookies. No one even eats the ones with macadamia nuts in them! Nobody!

Okay, I’m done with that rant. Second time I went, I just got six white chocolate chip cookies. For $2. Here are some pictures of them. (Yes, I’ve been here less than a week and I’ve already gone to Diddy Riese twice. At least I walked both times, so it’s not quite as terrible of me.) 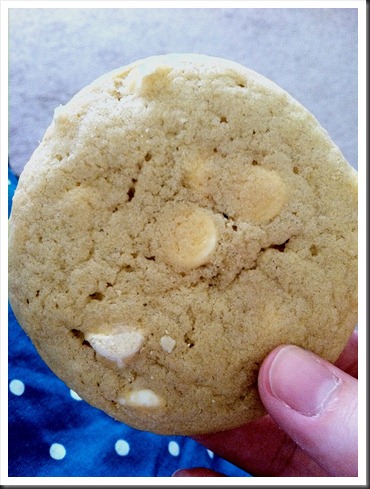 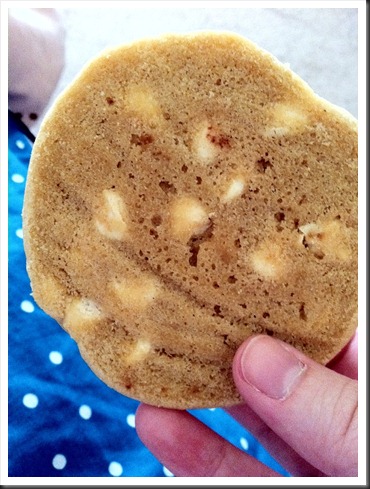 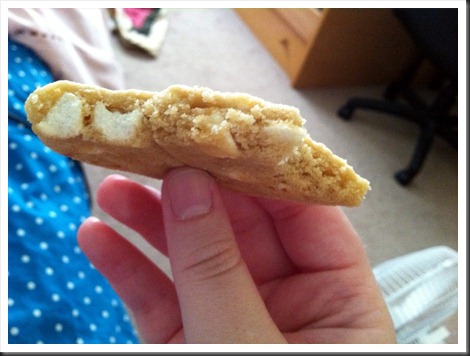 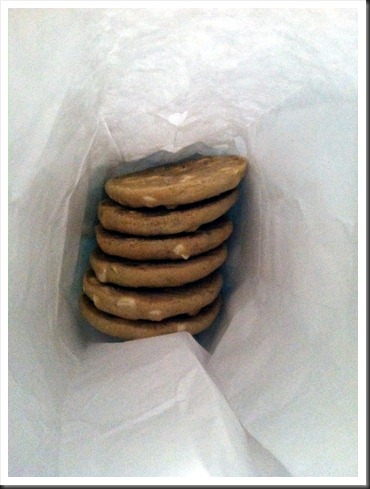 I love cupcakes, but cookies are my true love.

Posted by Sarahcastically at 7:06 PM 7 comments: