So do you guys like how I was all “hey everyone, I don’t have internet right now, be prepared for my blog to continue to be irrelevant” and then proceeded to update three days in a row? Yeah, well. Enjoy it while it lasts, because soon I will go back to taking my internet connection for granted. 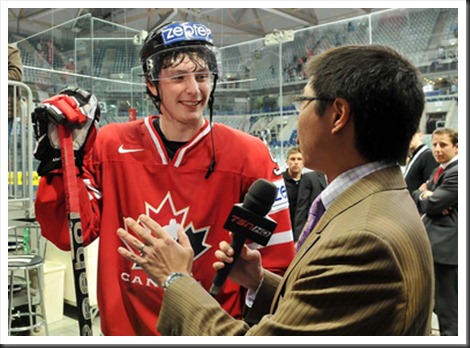 Look at that face. Impossible to dislike. Here’s another picture of him wearing his more correct jersey: 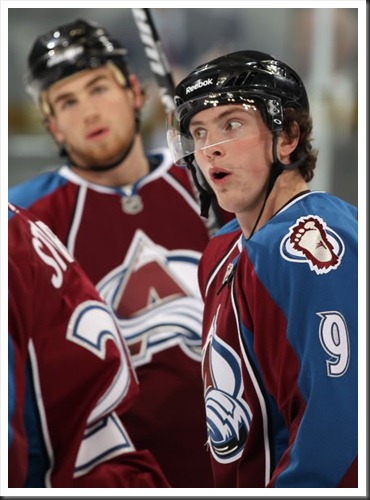 Not like it needs to be said, but I didn’t take these. I found them on the internet.

Here’s a picture of him I did take: 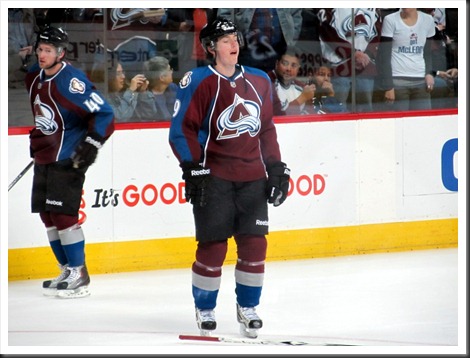 With bonus awkward Mark Olver in the background. There's more where that came from.

Matt Duchene is currently my favorite dude on the Avs, now that John-Michael Liles is a Leaf (UGH). Liles was my favorite from his rookie season and I’m still going to continue loving him playing for the Leafs but it will never be the same. So now, Dutchy here gets the majority of my love. He is the only one who continued to play like he genuinely cared at the end of the horrorshow that was last season, and that is why he is the best.

I never really got into the football while I was there – the games are outside, and one of my least favorite things about going to college in Texas were the parts when I had to go outside. I was much more into the basketball while I was there, and I still love it best. However, this summer I watched Friday Night Lights all the way through for the first time and let’s just say it’s the kind of show that makes you love football in ways you never knew you could.

And then last night Baylor played TCU and got me a really awesome birthday present that they almost totally screwed up at the last second but then they didn’t. If you like underdogs… you probably like Baylor a lot right now.

It only has the cool things Baylor did, so it’s easier to pretend TCU didn’t have a ridiculous comeback to almost win in the end.

According to Elizabeth, that’s what I like to listen to. I asked her what else I should put on this list, and she said that. I didn’t know what she meant so I showed her this video and she was like “um yes… exactly this.” 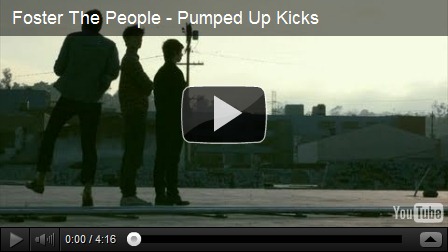 I just found out about Foster the People the other day and I’ve been listening to them a lot. I guess they are my "Weird Electronica Indie Band of the Moment.”

I like cats. Here are two of the best cats ever: 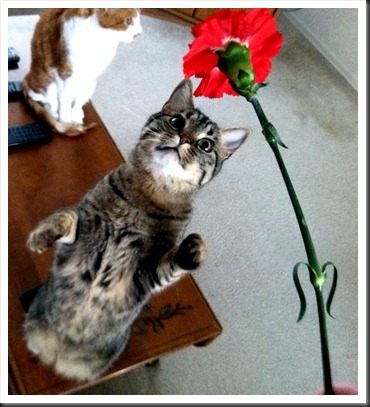 Okay, that’s all. Happy birthday to me.

Posted by Sarahcastically at 3:29 PM