There’s only ever one place we think of when we think of the word “home.” Anybody who disagrees is confused or lying. That’s what I think, at least.

I remember a few months into my freshman year of college, my friends in my dorm would refer to the dorm as “home,” and then marvel at that fact. “It really does feel like home now!” My outward reaction to this was mostly just laughter, while my inward reaction was just: No.

But it was A DORM. College dorms are gross, they’re full of germs, they’re loud and easy to get locked out of if you forget your ID card, and if you live in a dorm that happens to be in a place like Texas it probably has a lot of bugs in it (granted, that’s pretty much every building in Texas).

It never felt like home to me. That first dorm didn’t, the second dorm my sophomore year definitely didn’t, and neither did the two apartments I lived in after that.

Home was always in Colorado.

Then this summer, after spending a year in Colorado and falling in love with it again, I moved out to California, because it seemed like a good idea. You’re supposed to want to get away from home, right? To move away and create some kind of new home for yourself, build some kind of fulfilling existence on your own. That’s just what you do. And I thought I was supposed to do that in Los Angeles.

Well, in a perfect world I would have more time to do this out here, but this isn’t a perfect world, and I can’t find a job and I’m running out of money. And also, I just straight up kind of hate it here.

There, I said it.

It took me a while but I finally came to the realization that when people would ask, “so how much are you LOVING living in LA?” the answer I always gave them was a lie. I don’t love it, at all, but I would tell them I did, because that’s the right answer.

All of that would be great if I still wanted to be here, if I was enjoying the pursuit of this TV writing dream I’ve held onto for so long. But this is the real reason I’m leaving: I let go of this dream a while ago. I just didn’t realize it. Now I’m here and I’m empty handed.

So I’m leaving. Because my dream is different now. And this dream is better, not just because it’s something I’m much more interested in, but it’s one that I can pursue in Colorado. And not only is Colorado just all around a better state to live in (all right, so I’m biased), my family is there. They anchor me, in more ways than one, and I can’t handle being away from them anymore.

Lots of people will probably read this and think I’m “giving up.” To you, I could say a lot of things. The PG, family-friendly version is: I don’t care what you think. My decisions are my own, and while this might look like I’m “running away” from something that was “too hard,” it doesn’t feel like that to me. I’m running towards something, something that’s finally going to make me happy, something I can do in the only home I’ve ever loved.

So that’s my big announcement. I’m going home. By January (possibly even sooner), I’ll be back in the one place I feel like I belong. 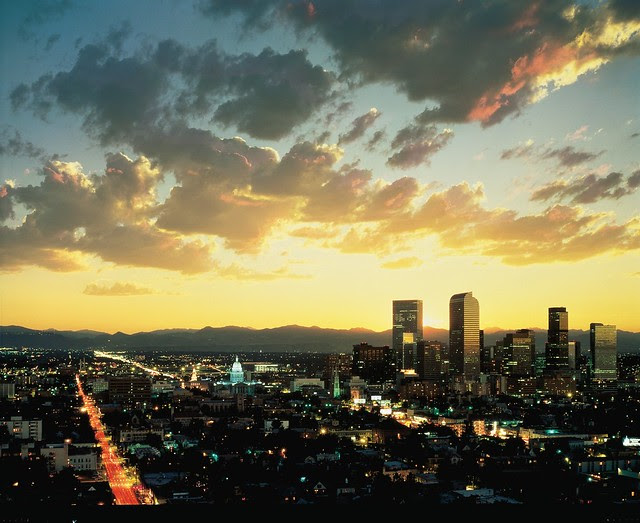 Posted by Sarahcastically at 3:19 PM