An Ode to Sharleen: A Panda in a Room Full of Brown Bears 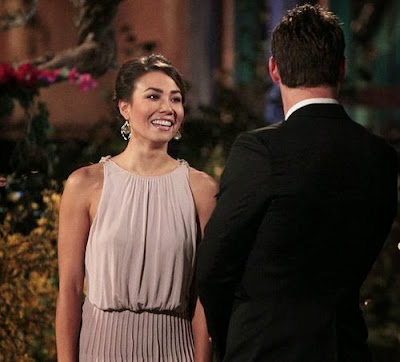 I am distraught. I knew this was coming, and I obviously know it was for the best. But I am still sad to see Sharleen go. She may not have fallen in love with Juan Pabby, but I fell in love with her.

I'm not even doing a recap this week. There are two reasons for this. One, I would rather just talk about Sharleen and the fact that she is truly the special-est snowflake to ever appear on The Bachelor. And two, my DVR decided to take a nap halfway through the episode. So I didn't see the whole thing, and there is NO way I'm wasting time trying to track that down and watch the rest of it online somewhere. Not even to see Nikki tell Clare she's insane. Though I bet that was satisfying, for Nikki and the rest of us.

I have actually read a few articles about Sharleen and her awesomeness, and I have agreed with all of them. (I am ignoring all the people dissing her, their opinions are irrelevant and wrong.) Whatever you might think about her going on The Bachelor in the first place, she was fairly revolutionary considering the caliber of the other ladies who audition to be on it. I am not going to hate on them for their choices, but I think it is pretty clear that by and large they are not what you would call "particularly smart." Like... at all. There are obviously exceptions, but I think for the most part even the exceptions go along with the format of the show regardless of their true feelings, not wanting to cause drama... or worse, risk having a bunch of die hard fans post mean things about you on the internet.

Sharleen was different. First of all, she's an independent career woman - traveling the world as an opera singer. Awesome. Second, she geeked out an appropriate amount when she got to go to Bilbo's house. Third, she is the one through whom I discovered the best lip stain in the history of ever. And fourth, Sharleen didn't let herself get carried away by a creepy, atypical and traditionally incredibly unsuccessful process for "falling" "in" "love." Instead of going along with everything and soaking up the attention and experience of being on a reality show, Sharleen did the smart thing and removed herself from the situation when she finally came to the conclusion that it wasn't the right thing for her. She was so honest about everything and it was SO REFRESHING.

This article puts accurately into words exactly what it was I liked so much about Sharleen:

Producers had to at least expect some meta-commentary when they cast Sharleen. This is clearly who she is. Plus, it's hard to deny that Sharleen's admissions also won over a certain demographic of more cynical viewers, who finally found a "real" contestant they could identify with.

Like, I started watching this season of The Bachelor as a joke, and that is still mainly why I'm watching it because I find it basically impossible to take seriously... but Sharleen's presence was a breath of fresh air for a hater like me. Sharleen WAS real. Her comments and conduct on the show is proof that every so often, reality TV casts someone who is an actual human person with independent thoughts and feelings and isn't afraid to demonstrate that. She didn't let herself get brainwashed by the show or the other people on it. I knew I was going to love her when Juan Pabby gave her the first impression rose and she was like "..............oh. Okay. Sure." Which is probably EXACTLY HOW I WOULD HAVE REACTED. What I'm trying to say is, I would have given Sharleen MY first impression rose, too. But my FIR is the kind that means "you are way too cool of a person to be here."

At the end, when she left, she said, "I wish I was a little dumber. It would be so simple." Well Sharleen... that may be true (it is), but what makes you so great is the fact that you aren't dumb, at all. I think a lot of people wouldn't have been brave enough to go through with leaving the way you did. You really do know what you want out of life, and you know that that ISN'T falling in love and getting engaged to a guy you competed with 26 other women to spend time with over a way too short period of time. I don't know what exactly it was that compelled you to sign up for the show in the first place, maybe a dare, or you did it just to see if you could get them to pay for you to travel around the world for a while (that is why I would do it), but I'm glad you did. I hope a lot of girls and women who watch The Bachelor learn from your example how important it is to respect yourself and listen to what your heart is really telling you to do.

So here is to you, Sharleen, my favorite reality TV panda. I don't know what you plan on doing next in your life, but I hope it's fulfilling, I hope you're happy, and I hope I get to see lots more awesome pictures on your instagram of it. I will be following and wishing the whole time we were best friends.

Posted by Sarahcastically at 8:09 PM